The Election is Over, What Happens Now? 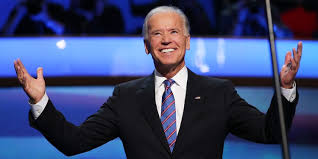 The Elections Are Mostly Over, What Happens Now?

Joe Biden has won the 2020 presidential elections and should be sworn into office on January 20th. So, what’s going to happen in the next couple of months and what can we expect at the beginning of Bidens presidency?

The biggest question going on right now is about voter fraud and recounts. I cover things more in depth in the article “The Presidential Elections: Who Voted for Who”, but as a quick recap: t was well known that things would look more in Trump’s favor in the beginning of the night and later we’d see more blue appearing on the map. It was called the “Red Mirage” and it happened because Trump went out of his way to discredit mail-in voting. This caused the majority of people who used that voting method to be Democrats. That shouldn’t be of any surprise for people keeping up with the news, let alone be a sign of some sort of conspiracy. The Trump administration has sued several states for voter fraud. Some of those states threw out the cases immediately because of lack of proof and the rest of those court cases are currently going on.

Another major concern people are having is the Proud Boys. The Proud Boys are an extremist group that consider themselves to be ‘western chauvinists’, meaning that they believe that the west is inherently better than other parts of the world. You may recognize them from Trump’s “stand down, stand by” comments during one of the presidential debates. Many have made the claim that they are actually not white supremacists as they have members who are racial minorities. This talking point seems to be falling apart as Enriqou Tarrio, an afro-cuban who was the previous leader of the proud boys, has in a way been ‘overthrown’ by another prominent Proud Boys member, Kyle Chapman. Chapman claims that “We will no longer cuck to the left by appointing token negroes as our leaders. We will no longer allow homosexuals or other ‘undesirables’ into our ranks. We will confront the Zionist criminals who wish to destroy our civilization,” and “We recognize that the West was built by the White Race alone and we owe nothing to any other race.” Other branches of the organization have refused to acknowledge Chapman and many people have been labeling the situation an internal civil war.

Some people found this surprising but I’m not sure why as they’ve always been racist, they just haven’t been racist in the same way the KKK is. Believing that the west is inherently better than any other civilization is such a blatant continuation of the white man’s burden myth, or even “kill the Indian, save the man”. He’s basically just saying the quiet part out loud. Yeah there are members that were fine with brown and black people but it was a “one of the good ones” situation. They were fine with the “savages” that managed to be “civilized”.

The main fear around the Proud Boys is what they’ll do when Trump is out of office, they’re already known for being violent. Gavin McInnes, one of the co-founders of the organization, made the group with the intention of causing street fights with ‘antifa’. On November 14th there was an event called the “Million MAGA March” that happened down in DC. People were afraid of what could happen when they inevitably clash with counter protesters and it brought up memories of the “Unite the Right” rally in Charleston, Virginia on August 11-12, 2017 where a white supremacist drove his car into a crowd of counter protesters and killed Heather Heyer, a 32 year old woman. Though they were repeatedly mocked online for their low turnout the event still ended in several fights that were showcased all over Twitter, a man got stabbed (I can’t find any information on the man himself or the possible attackers at the time I am writing this), and over twenty people were arrested.

Moving onto a more light hearted subject, Joe Biden has released a 100 day plan. A 100 day plan is what a politician promises to do during the very beginning of their first term in office. Days after becoming the president-elect Biden announced his pandemic response team who will be advising him through his pandemic response (which he has promised to have immediate legislation for by his first day). This team is led by Dr. David Kessler, a former food and drug administration commissioner, former surgeon general Vivek Murthy, and Dr. Marcella Nunez-Smith, an associate professor of medicine and epidemiology at Yale school of medicine. His response plan involves expanding corona-virus testing resources, this includes a call for increasing the country’s ability to make protective equipment by invoking the Defense Production Act. The Defense Production Act originated with the War Powers Act that came out during World War Two, it grants the executive branch the power to direct industrial production in times of crisis. It was expected to die after the war but during the Cold war, when the Soviet-backed North Korea invaded South Korea, Truman revived the act. Current President Donald Trump had invoked this act back in March for the same reason. He also plans to create a COVID-19 Racial and Ethnic Disparities Task Force, which was proposed to the Senate in spring. He plans to spend $25 billion on vaccine production and distribution and calls for an eventual vaccine to be free to all Americans. He plans to rejoin WHO and keep Dr. Anthony Fauci in his position as the director of the National Institute of Allergy and Infectious Disease. Whether you’re happy about the results or not I think it will put a lot of people’s mind at ease to know that there’s a plan in place for one of our country’s most immediate issues.

Biden has also pledged to raise the corporate income tax to 28% (compared to the 21% set under the GOP). This falls under Biden’s larger tax plan that puts high emphasis that anyone making less than $400,000 will not feel the tax increase. He plans to immediately re-enter the Paris Climate Accord and become a global leader in tackling climate change. He wants to strengthen the Voters Rights Act, there was legislation to do so a year ago that passed through the House but not the Senate. This was largely pushed by the recent passing of Representative John Lewis of Georgia, who was an icon of the original civil rights movement among other things. He says that he’ll produce immigration legislation that will pave the way for eleven million illegal migrants to become legal U.S. citizens. He has pledged to make DACA (the Deferred Action for Childhood Arrivals program) a permanent program. DACA is what gives citizenship to children who were moved into the U.S. illegally at a young enough age that they don’t really know any other country and may not even know any other language but English; they’re the group of illegal immigrants that most people have the most sympathy for. He plans to stop family separation at the border and establish a task force to reunite children and parents who have already been separated. And he plans to “immediately rescind” some of the bans placed on Muslim majority countries put up by the Trump Administration. Now, that’s all supposed to be happening on his first day or before so he’s placed expectations high and has got his work cut out for him.

During the rest of the first 100 days he plans to reverse a lot of policies put in place by the Trump administration. He wants to reform the U.S. asylum system and the treatment at the U.S.-Mexican border. Specifically focusing on the GOPs Migrant Protection Protocol, which forced asylum seekers to wait for their immigration court hearing in Mexico. Many argued that this violates other U.S. laws because it forces asylum seekers to wait in a place where they are not safe. Many people have been targeted at border camps, one woman and her five year old daughter (whose names are not public for legal reasons) were kidnapped and her family still in Honduras had to send money to get them released. They later tried passing into El Paso, Texas where they were taken into custody by border control and slept on the ground under a bridge where other immigrants were being detained. Her family was separated, her husband and son sent to live with relatives in the U.S. and her and her daughter sent back to Mexico. Her daughter was sick when this happened. Stories like this are numerous but often downplayed. He also plans to remove the system of “metering” asylum seekers, or making them wait weeks to cross the border. This faced harsh scrutiny after several migrants have died trying to cross the border, specifically the case of a Salvadorian father and daughter who drowned in the Rio Grande banks and a picture of their bodies went viral across the internet. Biden says he will move funding away from the border wall but will leave the already existing walls up. He plans to increase government supervision over ICE centers as well as Customs and Border protection. This was planned on being put into place after a whistle-blower at a Georgia medical facility contacted people about the alarming number of ICE detainees getting hysterectomies (a procedure that removes all parts of the uterus) along with the women acting very confused about why they’re getting the procedure done and the agents bringing them in acting very aggressive in response to the women asking any questions. This kind of thing should be very alarming to most people as forcefully sterilizing women, especially of an ‘unwanted’ portion of the population, is eugenics.

He says that he will be instituting a National Police Oversight Commission as a way to hold corruption accountable and he plans to invest $300 million into community policing measures. He plans to pass the SAFE Justice Act (the Safe Accountable, Fair, and Effective Justice Act), which is supposed to reduce the number of re-offending criminals, concentrate prison space on violent and career criminals by limiting the number of mandatory minimum sentencing for nonviolent offenders. His last plan involves foreign policy repair and change. He wants to put together a global democratic summit where democratic leaders will discuss how to push against authoritarianism and corruption. He wants to find ways to improve current policies on enforcing human rights. He also wants to create a “Climate World Summit” to help assist nations with high carbon take action to help the climate.

The last thing I want to cover is the question of national unity. Now that the election is over people don’t want tensions to remain between them and friends and family. Biden has repeatedly stressed this, in his first speech as President-elect he stated “I will work to be a president who seeks not to divide but unify. I won’t see red states and blue states, I will always see the United States,” and “This is the time to heal in America.” This hope is especially present in academic areas such as college campuses.