What is it like to be in the LGBTQ+ community? 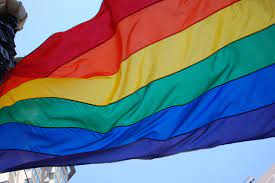 In the past few years I have started to figure out who I am, and I have slowly started to come out as transgender and queer. It’s been pretty nerve-racking to go through the process of telling teachers, family members, and friends, but everyone has been mostly supportive so far. I know that coming out is a huge relief for me, because I can finally be entirely who I am and not have to hide, but for others, being out can make their life harder. I only know my own entire experience of being out in New York, but some other places aren’t as accepting, some other people aren’t as accepting, and other people’s stories of being in the LGBTQ+ community definitely aren’t the same as mine. I decided to use this article to reach out to all of the people that I know who are in the LGBTQ+ community, out or not, to get a chance to tell their own story, and educate people on what it is actually like to be in this community.

A quote from Kaitlyn Ortlieb, a student here at Galway: “Being LGBTQ+ is kind of neutral for me, because not many know, but those who do are supporting, and I don’t get much backlash in my community.”

An anonymous quote from a Galway student: “I’ve been out for a long time now, and haven’t dealt with that much hate from it. Many have been supportive and decently kind, thankfully.”

A quote from Mahek, from the UK: “I love being in the LGBTQ+ community because of how supportive it is. It’s almost like a second family, but also, living in an area full of close-minded people can be uncomfortable and make me feel unsafe.”

A quote from an anonymous, former student at Galway: “Coming out to yourself is the most difficult part of figuring out you are in the LGBTQ community. People never understand the internal struggle of accepting yourself, and coming to terms with the difficulties that come with coming out.”

Now, I have a special quote from Quin Bernard, a student here at Galway, that has given us a very descriptive recalling of their experience: “Well to start, I’ve been out for about 4 years, and I re-came out to my mom about a year ago because she didn’t really acknowledge it. Being LGBTQ+ has been has its challenges, but it’s honestly really nice. Even though to this day I still have conflicts with my identity, it’s still a good part of me. A short version of my experience is that my mom found out, then ignored my identity so much that I had to come out again, which didn’t help. I came out to two people who used to be my friends, one of which outed me to most of my grade. It wasn’t too hard though, and if any homophobic kids in the school know about it, I don’t really care. I know that there’s enough supportive teachers and students. The beginning of the year forms in classes that ask for pronouns and such made me feel so good, and to the teachers that gender me correctly, who make their room a safe space, thank you. It makes everything easier, even if just by a little bit.”

These quotes are only from a few members of the community, a few experiences, but every single one matters. Every single experience brings awareness to what we go through, it gives hope to others who are discovering who they are, and it brings other members of this community closer together, because it’s like a second family to many. The LGBTQ community supports everyone, even outside the community, and it makes everyone who is a member or ally of it feel included and loved.