What’s Going on in Northern Ireland? 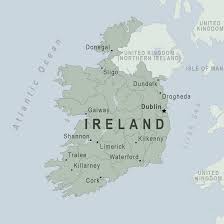 Parts of Northern Ireland have been experiencing a string of protests and riots over the past couple of weeks. To make it easier to understand the specifics of how and why, I’m going to explain some background information and political differences between here and there.

Republican/Nationalist – People who want Northern Ireland to combine with the Republic to create a single, unified nation.

Unionist/Loyalist – People who want Northern Ireland to stay its own country and in the UK. If they’re on the more extreme side they may also want the Republic of Ireland to rejoin the UK as well.

Brexit – The event of Great Britain (the UK) leaving the European Union (EU).

26 + 6 = 1 – There are 26 counties in the Republic of Ireland, there are 6 counties in Northern Ireland. This is a phrase used to support Irish reunification.

The Troubles or “The Troubled Times” – A period of conflict lasting between 1968 and 1998. The conflict was between unionists and nationalists paramilitary groups over whether or not NI would separate from the UK. This was also motivated by religious tensions as unionists are overwhelmingly protestants and nationalists are overwhelmingly Catholics. Over 3,500 people died, the majority being citizens. It’s considered to have been an “irregular” or “low-level” war.

The Irish Republicans Army (IRA) – A paramilitary organization that originates from the Irish War of Independence in 1917. After the Republic was formed it split a few different ways. Notably into two distinct groups, people who were content with 6 Irish counties still being under UK rule and people who were angry about said counties. This led to the Irish Civil war in 1922. The IRA remained active but mostly docile until the 1960’s when the Provisional IRA (you may hear them referred to as “provos”) killed about 1,700 people in the troubles. They were especially known for planting car bombs. The Provisional IRA dissolved in 2005 after signing a ceasefire in 1997. Several smaller IRA groups upset with the ceasefire formed in 1997. Many of them merged with each other in 2012 to form the “New IRA” who gained a reputation after killing a journalist during a protest in 2019. The ‘Old’ IRA of the Independence War is usually seen as being just another militia who fought, while the Provisional and New IRA are considered terrorist groups.

The Black and Tans – In the early days of the Irish Independence War members of the Royal Irish Constabulary (RIC) grew too sympathetic towards the Irish cause. This caused Britain to start recruiting war veterans from other areas of the UK to ship over and enforce harsher rules. They were referred to as the black and tans because their uniform was a mix of the dark green (looked black) worn by the RIC and British military khakis. They were known for constantly being drunk and brutal. They would burn down entire Irish villages. They would open fire at random leading to the deaths of many, including that of Eileen Quinn who was fatally shot while sitting against a wall and holding her 9-month old baby. Her death inspired W. B. Yeats poem Reprisals. You may also be familiar with the song “Get Out Ye Black and Tans” by Dominic Behan.

Bloody Sunday – An event where British forces open fired on peaceful Irish assemblies. There were two bloody Sundays. One on November 21, 1920 when the Black and tans open fired on a Gaelic football (soccer) match in Dublin’s Cork Park. 14 people were killed, including three children who were 10, 11, 14 years old, while injuring over 60 more. This was done in response to the old IRA killing 15 people involved in gathering information for the British, this included members of the black and tans as well as RIC officers. The second bloody Sunday took place on January 30, 1972 in Derry, Northern Ireland. British soldiers shot 26 civilian protesters, killing 13 immediately as well as another man who died from injury complications a few months later. The soldiers claimed that they only shot “gunmen” and “bomb-throwers” but later investigations proved that all protesters were unarmed. The families of those injured and killed have repeatedly tried to get justice in British courts. In 2020 Parliament claimed that they would not be prosecuting any former soldiers involved in bloody Sunday, that decision is currently being challenged.

Tiocfaidh ár lá (Chalk yar la) – Irish phrase that translates to “Our day will come”. It references hope for a future with a united Ireland, free from British rule. It was the last thing written by Provisional IRA prisoner, Bobby Sands, in his diary before he died from a hunger strike in 1981. It became very popular among Irish Republicans.

The Good Friday Agreement/The Belfast Agreement – The treaty that ended the troubles, signed on April 10, 1998. It was signed by Great Britain, the Northern Ireland government, and the Republic of Ireland. It acknowledges Northern Ireland as part of the UK but specifies consent in the situation, meaning that if the majority wished for independence it would be allowed under the Good Friday Agreement. It establishes a council between the North and the Republic to manage border conflicts, a democratically elected Northern Irish council, and a British-Irish council. It also stressed demilitarization in Northern Ireland.

Now, onto what’s currently happening in Northern Ireland. Two weeks ago, on the 4th of April, riots and protests started to break out in loyalist sections of NI. This is happening because Brexit stressed the Good Friday Agreement as leaving the EU could mean a hard border between the Irelands. Instead of doing something as stupid as that, Britain left the Irish border open and is having shipments between NI and the rest of Britain go through extra customs instead. Loyalists were not a big fan of this because to them it seems like NI is becoming closer to the Republic than the UK.

On April 8th a group of loyalists in Belfast hijacked a bus and set it on fire. No one was injured or killed but it was the first show of how the violence is starting to escalate. On April 20th members of the New IRA planted a bomb outside an officers house in Derry city.

People are very afraid of the North being plunged back into the troubles and I don’t think those fears are unfounded. The only thing we can do right now is keep tabs on the situation and hope it doesn’t get worse. If you want a perspective of what it was like to live in NI during the troubles I recommend you watch the show Derry Girls. It’s been applauded for how well it depicts the lives of normal, non-fighting people, at the time. It’s currently on Netflix!