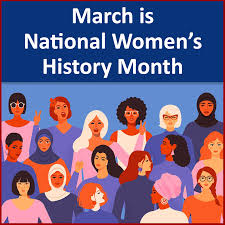 The quote “Well-behaved women seldom make history” is very popular, especially in feminist circles. It’s seen as telling women that it’s okay to speak out and be heard, that being obedient won’t get your name in the history books.

That’s a very misinterpreted perception of the quote. It was originally written by Laurel Thatcher Ulrich in an article about Puritan funeral services in 1976, she would later write a book named after the quote. Ulrich was a Pulitzer Prize winning historian who documented “well-behaved” women throughout American history. She went through diaries and letter correspondences of women in the late 1700’s and throughout the 1800’s.

Ulrich’s most famous book “A Midwife’s Tale” reports on information found through studying historical women. This includes information shared between midwives and doctors, pre-suffurage rape trials, common views on marriage, multiple accounts of what it was like deliviering babies as a pioneer woman, and the contribution of women to agriculture. Ulrich  documented things that male historians didn’t see as important enough to pay attention to. There’s a lot that has been lost in history because of sexism within the academic field of history. We lost the recipe for concrete used in ancient Rome (which is much stronger than modern day concrete). There was additionally an extremely common spice used along with salt and pepper until the 19th century and we don’t know what it was.

Ulrich’s quote wasn’t about women, it was about men’s treatment of women. It was a critique. Does that make the more popular interpretation of the quote wrong? No. Ulrich has said she’s fine with it. I just think context is important. It reminds me of another quote that I love.

The idea that there’s one ‘good’ type of woman is in the foundations of modern misogyny. We see this a lot with the “I’m not like other girls” phase that many pre-teen and teenage girls go through. This often revolves around distancing yourself from things that are considered traditionally feminine like makeup and fashion with the general belief that it makes them better than girls who do like those things. This is because culturally feminine things are, more often than not, considered lesser than things culturally masculine.

For example, let’s think about stereotypes with modern music. Justin Bieber is very disliked and his fanbase often gets eyerolls. I’m not a big fan of him myself.  There’s a reason he’s hated, but I want you to ask yourself how you think people typically react to a teenage girl saying that their favorite song is “Baby” by Justin Bieber and then compare it to the reaction people would typically have to a teenage boy saying that his favorite song is “Run It!” by Chris Brown. People will probably form more of a bias against the girl saying she likes Bieber even though Chris Brown has a history of domestic violence, including that time he punched Rihanna in the face on camera.

You might be confused about the comparison or not have noticed any difference in treatment but the negative views of anything liked by teenage girls is becoming more and more documented. Another example would be the hyper critical lens people looked at the Twilight movies with, pointing out how horrible the relationship is, compared to how the misogyny in other popular cinema like The Big Bang Theory is often ignored. It’s not that there’s not critiques made against both, it’s that the amount of hate things favored by teenage girls get is disproportionate. I remember hating Twilight being more popular than liking Twilight when the movies came out.

Then there’s something that has popped up on random web forums throughout the years with little traction but very recently has showed up with a wider audience. The online ‘influencer’ Tanner Fox released a podcast in January where he asked “Do girls have hobbies?” He goes on to say “There’s a select few but it’s rare… Like us, you know, we go to the skate park, there are the skater girls, the girls-can-do-everythings-guys-can-do and so forth but they don’t choose the hobby.”

That clip of the podcast currently has 25.3K likes on TikTok alone. I’m not sure how you can post that with confidence but apparently there are enough teenage boys that agree for the comments to not outnumber the likes. In the comment section of the said TikTok you can witness men saying that common hobbies aren’t hobbies because they are common and “he’s saying that they’re rare, not that they don’t exist”.

My first thought upon seeing this was “I’m begging men to start seeing women as human beings” and then I looked more into it and realized that that is in fact the problem. Misogyny revolves around seeing women as women before they’re seen as a person. Tanner Fox wasn’t talking about girls like they’re a group of people often interested in different things, he was talking about them like they’re a different species.

In the future, when I apply for jobs in the career path I want, I have to go in knowing that my boss may not want to hire or promote me because I’m a woman and at some point might have kids, leading to me needing to take more time off of work. That’s where the wage gap comes from. Higher ups assuming that women will always have children (and therefore, not promoting them) and women who do have children have to take more time off of work than fathers because they’re expected to focus more on childcare.

It’s just another example of being a woman before a person. There are two sexes, female and standard. It’s the rule in every field. To the point that women are in more danger during car crashes because car safety tests only use men. It’s something society as a whole needs to be paying more attention to. Just because women are historically disadvantaged doesn’t mean that it has to stay that way. These things can change but we need education and understanding to do that.

I had no idea how this would go when I started writing, but I feel like I was successfully able to explain a some feminist theory. It’s a very large and complicated subject. Do you agree with these perspectives and theories? Have you noticed any of these patterns before? Do you have any personal experiences with them? Never be afraid to comment below!

Acha, Rayna. “There’s a culture of hating teenage girls and no one’s talking

Luna, Lauren. “‘I’m Not Like Other Girls.'” University of California, 24 Oct.

Mauro, J-P. “In search of the lost art of ancient Roman concrete.” Aleteia, 14