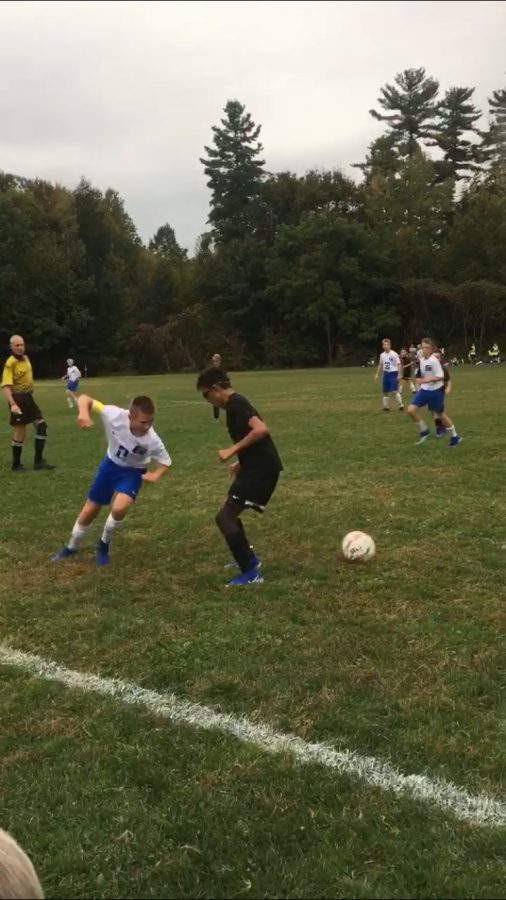 The modified soccer captains are Matt Colabello and Chris Maher.  Matt Collabello is a ninth grader and plays stopper on defense. Chris Maher is an eighth grader and is our center midfielder.  Both of them have led the team to five wins and a tie. Chris has scored eight goals within eight games. Matt on defense has only let six goals by and led us to five shutouts.  Both of them are very fast! Matt and Chris are not afraid of contact and will steal the ball from any component.

Matt and Chris were a good choice for captains and that they will continue to lead us to success.