An Eye on the World 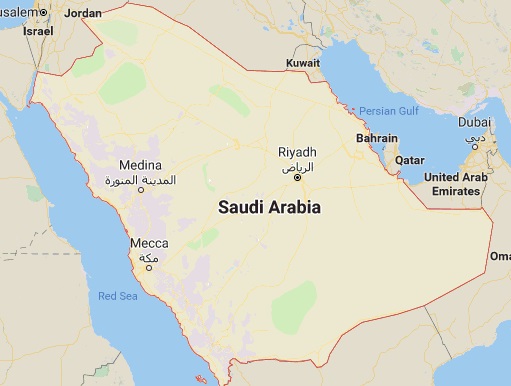 Saudi Arabia is mostly known in America as one of our most questionable allies–it is a land of both misunderstandings and legitimately questionable actions. I’ve heard a lot of differing things about the monarchy and have plunged myself into a never ending rabbit hole of research trying to figure out what it is actually like. From day-to-day life to complicated politics involving between 12,000 and 15,000 princes, I got my hands on anything I could read using both English speaking news and sloppy translations.

Saudi Arabia is a religious state and holds the birthplace of Islam and the holiest sites within the religion. It holds Masjid al-Haram in Mecca, the mosque where Muslims have to make a pilgrimage to at least once in their lifetime (hajj). With the country being such a religious populace, one would expect a country like this to have some strict rules. You would be right in thinking this as Saudi Arabia has often run into controversy with their mutawiyin or religious police. Also known as the Committee for the Promotion of Virtue and the Prevention of Vice, these religious police are charged with patrolling public areas to make sure that Islamic modesty standards are kept, that stores close during the five calls to prayer throughout the day, and other similar standards are kept within the cities of Saudi Arabia.

After many years,the police were forced to give up certain powers and had to disband in number after coming under the close eye of the public after several news stories and videos. One of these drawbacks happened back in 2002 when a story hit the Saudi news and even some western stations that Saudi religious police refused to let school girls leave a flaming building as they were not “properly dressed” and the police were accused of stopping attempts to save 15 girls who died in the fire. One eyewitness claimed that they were “beating young girls to prevent them from leaving the school because they were not wearing the abaya” (an abaya is a black robe that covers the body), and that anyone trying to approach the school to help the girls were told that it was “a sinful act to approach them” and were warned against doing anything. When this happened the general populace was living in fear of the religious police as those who were believed to be guilty could be beaten or sent to jail for it.

After this incident there was a lot of outrage coming from the public, they were forced to drop down in power for a short amount of time until they came back not much later. But upon the crowning of Prince Mohammed bin Salman, large reforms had begun to take place regarding the conservative nature of the country. Two of the most well known reforms of the Saudi law in America have been allowing women to drive for the first time in Saudi history and removing the law against women leaving the house without a male guardian. With each one of these reforms, the religious police lose a little bit of their power. This tied in with the fact that videos of the police harassing women and physically removing them from places have become well known and even viral in a few cases has caused the public to starting to see less and less of a need for the organization. They have lost the powers to arrest and if any serious crime is seen being committed (ex. Drug dealing) they must report it to a separate branch of the police force.

But not all of the country is ok with the diminishing power of the once fearsome force. The majority of the older, more conservative generation have been actively speaking against these new reforms and the lack of police roaming the streets. This outcry only increased when a video of two street dancers of the opposite sex in a prominent city were videoed dancing together and it went viral, many calling for their arrest. Though nothing came out of this, the frequent requests for the police to reclaim Saudi streets has not stopped.

Though there are doubts about the legitimacy of the change within the country under Prince Mohammed bin Salman, I have a sincere hope that things in Saudi Arabia are changing. In addition to the reforms regarding police presence and women’s rights, the movement towards appreciating the arts and athletics within the country’s cities is promising.

Next topic…Iran and their politics