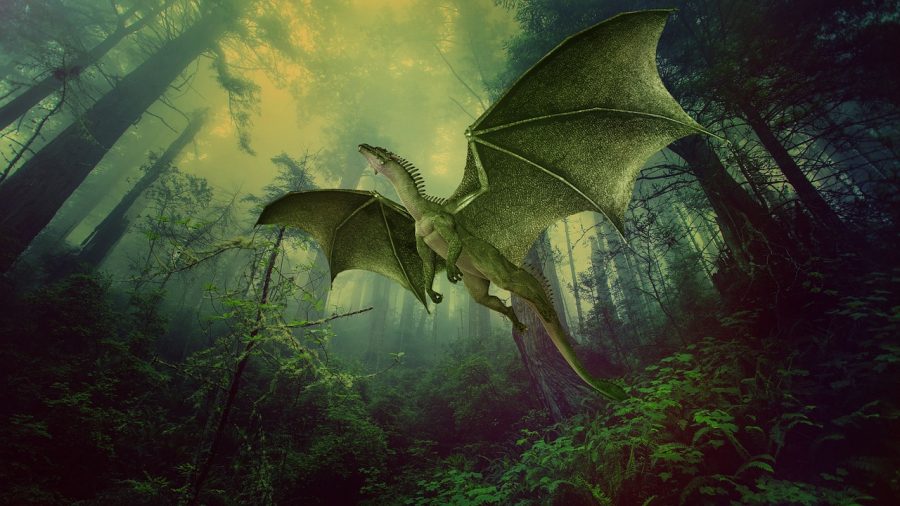 Everyday we’re surrounded by the imagery of monsters and ghosts, especially during this time of year. Fairies, medusa, mothman, the kraken, vampires, where do they all come from? What inspired them? I’ve been thinking about this a lot and have taken some time to look closer into some of the more well known ghouls.

The Windigo (also spelled Wendigo, Weetigo, Windikouk, Wi’ntsigo, Wi’tigo, and Wittikka) is a creature that’s been growing in our collective consciousness throughout the past few years. Appearing in popular media such as the 2019 “Pet Sematary,” WCWN’s “Supernatural”, and the original WB “Charmed.” I’m going to assume that you’re at least vaguely familiar with them. The Windigos origin comes from the American Algonquian tribes, a group connected through the Algonquian language family. These tribes include the Cree, Blackfeet, Mahican, Ojibway, Mi’kmaq, and about 32 more. The Windigo story varies slightly between the tribes but the general idea stays the same.

The Windigo is a monster who wanders the forests in search of human flesh that it can feed off of, stirred by the bitter northern winds. You may have seen it depicted with fur and a deer like head with antlers or horns but, as striking as this image is, this depiction began with the 2001 movie “Wendigo” directed by Larry Fessenden who has admitted to doing no research on the myth itself until after the movie was created. In the original lore it’s described as a genderless, emaciated looking humanoid figure. Freakishly tall with talons and fangs, sunken eyes, and often chewed off lips. It was commonly believed that you could become a Windigo if you were to break a very basic rule ingrained into almost every human society, eat another person. It served as a strong reminder in native communities to work together during ruthless times so that your friends and neighbors would never be driven to such a desperate state.

Another legend that has recently clawed its way into the broader U.S. consciousness is the La Llorona, the Weeping Woman. This urban legend started somewhere in Latin America, I’ve heard a couple different variations of the story itself (the difference probably being regional). The most popular one would probably be of the Indigenous Mexican woman who fell in love with a Spanish man of a higher social status. They had two children together and things seemed to be well and happy between them until one day the man simply leaves. He threatens to take the children with him and marry another woman. Blinded by sadness and rage she takes the two kids and drowns them in a river nearby the town. Realizing what she’s done she drowns herself as well. She is supposedly cursed by God himself to wonder the Earth as a spirit.

She is mostly used as a boogeyman to keep young children from wandering out at night into dangerous places. Originally this was only rivers and lakes but it seems as time goes on it’s starting to include roadways as well. Though this may be new to many of us up in Northern America, she has been embedded into the conscience of the Hispanic population. In 1986 a woman named Juana Léija tried to drown her seven children by throwing them into the Buffalo Bayou in Houston, Texas, succeeding in killing two of them. She supposedly called herself the real La Llorona in an early interview. Years later in the early 2000s she was interviewed again where she recalled the events leading up to it. She claimed she had not planned on doing what she did, that she had not been eating well, that her husband had beaten her badly the night before, and that she can’t remember much besides that. Some of her kids have chosen to keep contact with her and she has been through psychiatric evaluations. It’s fascinating in a macabre way how these kinds of legends and myths can affect us. This story reminds me of those two girls who stabbed a friend to try and get the attention of the internet urban legend Slenderman.

One of the most popular creatures in our culture is fairies. Fairies can be found in multiple different cultures but they’re probably best known in the Celtic nations. The Fae was a large group of different types of trickster spirits from brownies to goblins to banshees. They were often referred to with non-direct names such as The Good Folk, The Hidden People, or The Small People. Contrary to today’s Tinker Bell, they were thought to be ugly and malicious. I want to focus on one kind of fairy specifically, the Changeling. They’re seen in “A Midsummer Night’s Dream,” the “Tomb Raider Chronicles,” and even an episode of “My Little Pony.” A Changeling is an undesirable fairy offspring that replaces a human infant after birth resulting in death or strange behavior. The human infants were said to have been handed over to the devil or used as servants or entertainment for the fairies.

This was an early explanation for things like SIDS, Down’s Syndrome, and neurodivergence. Some signs of a changeling child were not growing in size as one would ‘normally,’ looking sickly, having a higher intelligence than most other kids their age, constant crying, acting withdrawn from other people, doesn’t want physical affection, doesn’t express much emotion, is prone to outbursts or noise, and has an aversion to iron. This was a rather dangerous legend for children born out of the binary and led to a lot of infanticide. It was believed that if you wanted to get your child back from the Fae that you must put the changeling in some sort of mortal danger and the original mother would show back up to retrieve it and give your human child back. A popular way of doing this was to throw the changeling into fire.

What do you think of these myths and legends? Have you heard of them before? Did you know about their history? What’s your favorite legend? Don’t be afraid to comment about it below!

“The Wendigo: A Terrifying Beast With an Insatiable Hunger for Human Flesh.” Ancient Origins, 31 Jan. 2016, www.ancient-