Artist of the Month: Frank Ocean 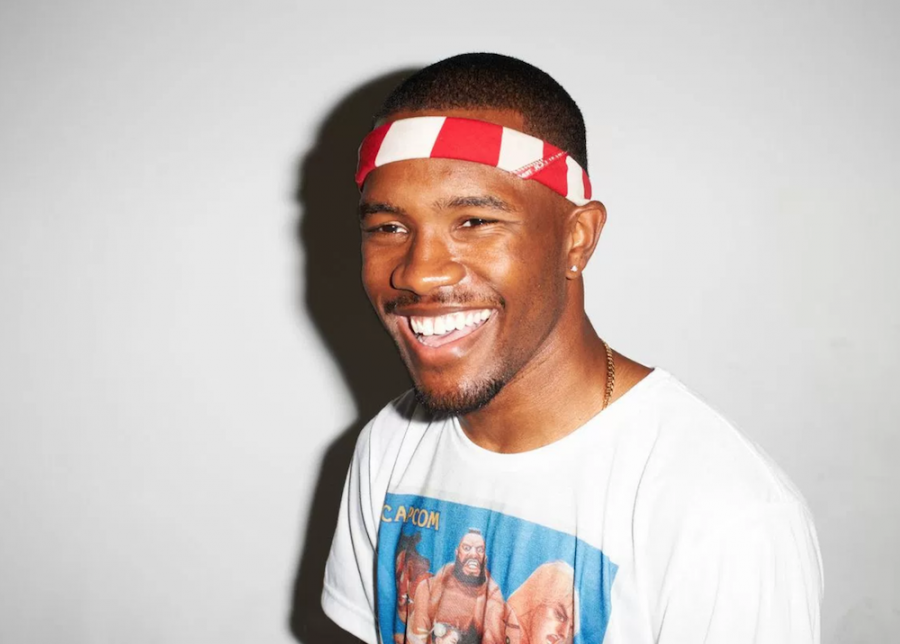 With more cold weather on its way and days darkening by the minute, we all need some good songs to rekindle the coals of our summer spirits. I first heard of Frank Ocean a couple years ago and thought he had a really cool name — and that’s about all the thought I gave him until last month, when one of the speakers at the Paul Smith College Writing Retreat played a couple of his songs.

And he’s been on my YouTube playlist ever since.

I’m still stuck on the two songs that Jon played at the Retreat, so I haven’t heard a ton of his other work. But “Bad Religion” and “Godspeed” are all the songs you really need to hear to understand how unique of a musician he is.

Frank Ocean was born thirty years ago in Long Beach, California. Four years ago, with the release of “Channel Orange” and the announcement that his first love had been a man, it seemed like everybody knew his name. In just the months after, he was nominated for six Grammys, performed at the ceremony, and then left on a tour around the world. Frank Ocean was a mystery from the beginning: who was this guy, sweeping in overnight to steal crazy high rankings and redefine soul music as the world knew it? Since then, his numbers have shot even higher, his music has dropped jaws even lower, and yet . . . who is this guy?

He’s a modern nomad, for one. In a 2016 New York Times interview, he revealed that it’d been more than a year since he’d had a definite home: he was always moving from city to city, hotel to hotel, place to place. Sure, he’s a man who can choose whether he wants to ride in his Porsche or Tesla to dinner. His migrations weren’t, by any means, spurred by money. They were more of a Goldilocksian venture to find a place he could really call home, a place that wouldn’t leave him feeling isolated or choked like others had. When asked about his almost harried move from L.A. to London, his laconic response was all about instinct: “I always thought about it like, if your house is on fire, you need to get out of the house.”

What I really love about Frank Ocean isn’t the stuff that would be covered in some glossy People magazine, though. First of all, of course, it’s his music: the genre, his voice, his lyrics, the way it makes me feel.

But I also love the way he uses his music as way to convey memories, stories, and points of view through his very unique understanding of them. He describes it like this: “How we experience memory sometimes, it’s not linear. We’re not telling the stories to ourselves, we know the story, we’re just seeing it in flashes overlaid.”

In other words, how we see the world and how we interact with people is never black and white. It’s influenced by our memories and experiences, too, all of the time. And we are constantly reviewing and remembering and analyzing these memories in “flashes” throughout the day — not in linear order, not for a long time — but because they connect to our life at the moment. It’s really interesting how Frank Ocean’s songs are these little autobiographical flashes, snippets of memory and experience spined with electric keyboard and guitar.

I think Frank Ocean also regards his music as a kind of separate extension of himself and his life, rather than his own controlled creation — another thing that makes him unique. When his 15-year old brother fell in love with a specific version of one of his songs, Frank Ocean decided he didn’t want to put it in the album because “it didn’t give me peace yet.” His songs become memories and stories of their own, in a way.

You’ve got to listen to them first, one after the other, but I think there’s a definite connection between “Bad Religion” and “Godspeed”. In this first song, his tone alternates between a sad sort of finality — as if his jaw is set, he’s come to terms with “unrequited love” — and wailing desperation — as if he just can’t deal with loneliness anymore. In “Godspeed”, everything — his music, lyrics, tone of voice — suggest that he’s taken a step back and realized that he’ll always love this person, but “there will be mountains” he just can’t move for them anymore. Is he talking to the same person in both of the songs? What’s the bad religion he’s talking about, and what are the mountains he can’t move anymore? It’s up to you to decide.

What’s for certain about this mystery man? Frank Ocean definitely has more than a cool name.